#One-on-one, two day workshop, working on Needle-sculpting and colouring heads! The best time!
We did one each in a step-by-step fashion. Barb was so happy with what she had learned,the first day, she did homework in the comfort of her campervan! 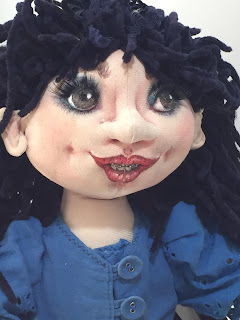 Barb bought the rag doll she had made for her granddaughter who was born with cleft palate, and is now wearing braces, so she shared a picture of the doll when new, then after many years of play. 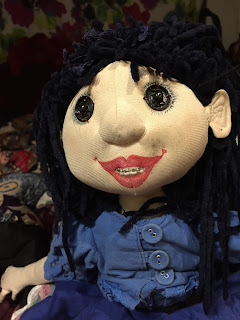 Barb wanted to update it as her granddaughter is older now, and with the techniques she had learned during the first day, completely made over the face of the rag doll, which is so beautiful, it's unrecognisable! 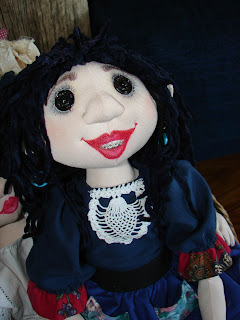 This is the doll when new, several years ago. 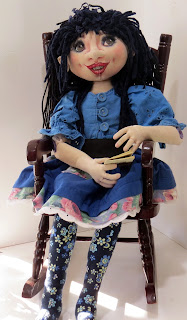 And now, transformed with the newly acquired techniques for needle-sculpting and colouring! 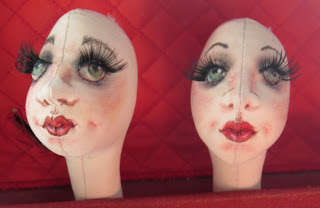 This is what she learned from. We did one each. 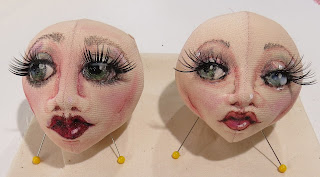 I am so delighted with her quick progress and natural talent! She is going home enthusiastic, more enlightened and not afraid to risk doing faces! What a buzz!
I am not always able to travel to other locations, and some people find it hard to learn in a group, so if anyone would like to book some paid one-on-one time with me in my studio, here in Oamaru, please message me to arrange it! I am not able to accommodate anyone here, but Oamaru is a great place with plenty of other accommodation. I certainly enjoy the experience and try to make it worthwhile.

Posted by SFM Cloth dolls With Attitude! at 4:57 AM 0 comments Links to this post

I was commissioned to make Harley Quinn, whom I had never heard of until my daughter was gifted the 'Bat'!  So I investigated, and thought it might be a good challenge. 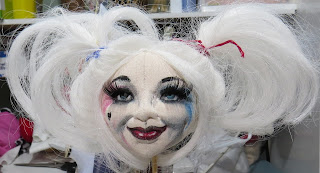 Needlesculpting and painting the face came together quite quickly, using a head pattern I had designed for  Marie Antoinette.  Just a few adjustments to the facial sculpt, but I neglected to put in the smirk, because it was just a trial head.  I was pleased with how it coloured up, after all, it's just like theatrical makeup!   The Hair, on the other hand, was a mission!  The old acrylic wig I used was curved, and I would have done better with straight, possibly!  Never mind, I managed to get some semblance of style. After all it doesn't have to be exact and everyone will  have a different interpretation!  It's a trial! 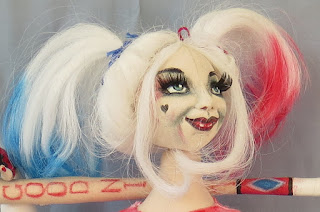 I had forgotten about the hair colour, until I showed it to my family, who reminded me!  Easy! 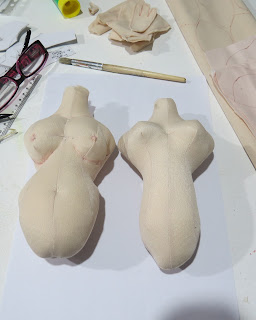 A newly designed body was required for this.  One with a higher full bust and smaller hips.  Okay!  I could have needle-sculpted the body, but chose not to, because she would be clothed. 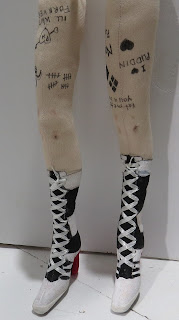 The legs!  I was amazed how much art work went into doing these legs, because the boots are first drawn, then painted in two colours, then Mod Podged, then stitches painted on, then laces threaded through!  After that, turn upside down and draw on the tattoos! 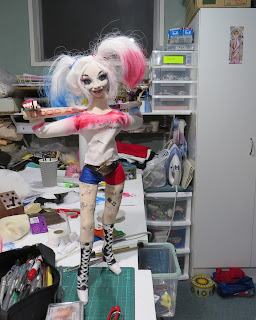 Here she is just finished, but with her head sitting on a skewer! 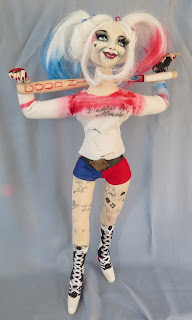 The Bat came together quite well too and was another piece of art!  Made from the same fabric, stuffed and ends stitched in.  draw in the lettering, sealed with matt Modpodge, Lettering recoloured and defined, and then the handle wrapped.  Resealed in Mod Podge Lustre! 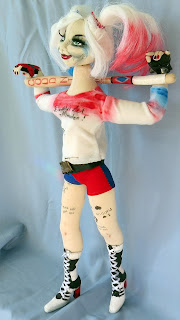 Even the t-shirt had to be hand painted, but that was fun!  The belt is all fabric, with a few unseen studs.  Might have to make a more glitzy one for the pattern.  Yes, there will be a pattern for this art doll! 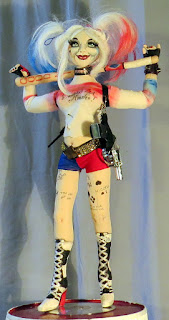 Finally finished Harley Quinn, anchoring the bat, adding the glitz to the belt and making the holster to carry the gun! 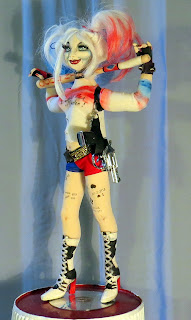 I have attached her to a cd, to give her balance. 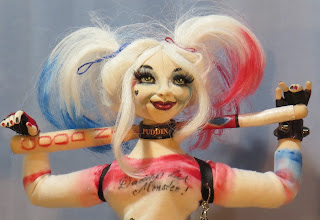 With her choker! she's armed and dangerous!
Posted by SFM Cloth dolls With Attitude! at 4:37 PM 0 comments Links to this post